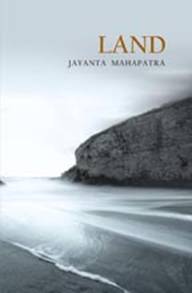 Jayanta Mahapatra’s poems reveal his vexed equation with his land.

Jayanta Mahapatra can plumb the depths of his memory — personal, historical and cultural — to create seamless poems that evoke an answering ache and a shock of recognition in a reader. For this, he has to face himself unflinchingly and that must have been unnerving.

Land is a slim book that is packed with some of Mahapatra’s finest poems that read like they are interconnected, validating the painful truth of Oscar Wilde’s epigraph: “The artistic life is a long, lovely suicide.” The collection has one lucid translation from his original in Oriya, titled ‘Asoka’.

The poems talk about gods in changing moods. They are mostly gods who failed to keep their promises. They hang on a blade of grass for a moment and are silent for the most part, as they “cast handfuls of light/to net the shadows of our lives” (‘Under the Drift of Mild Moons’) and they “betray life with small embraces” (‘Village Mythology’) or worse, they get into man who “easily turns into a god to commit the most heinous crimes with impunity” as in ‘Uneven Mercies’, one of the most cathartic poems in this collection. “Today I find myself lying about my life, /when I walk into a room full of people/obsessed with religion and power and find/only our shadows history has left behind.” This then is history, an incurable migraine that will not go; we will return to it again to know what it feels like to bear this personal history in one’s bloodstream.

This poem can be linked to ‘The Birth pains of Grief’ where he writes “Come Grandfather,/you are all that’s left of childhood,/ from your joyless hands on the dry riverbed/ the darkness claws its way upward”. Mahapatra’s grandfather was barely 16 during the terrible famine of 1866 in Orissa. Subsisting on tamarind leaves, he collapsed due to starvation when he “staggered into a mercy camp run by white Christian missionaries in Cuttack, where he embraced a new religion urged by the Baptists” writes the poet in Gale Encyclopedia: Contemporary Authors Autobiography Series, Vol. 9, adding, “Grandfather staked his claim to his place in a new social order.”

In ‘Uneven Mercies’, man turns himself into a god and “burns alive/a missionary and his two sons to teach them/a lesson because they professed another faith.” With this poem, we relive the horrific murder of Graham Staines and his children. The sonorous refrain “I am afraid this is my land” strides with dignity all through the seven stanzas of the poem, even as it changes its tone, striking both shame and terror in our heart, before it leaves its signature on the title.

Sure, the Land is his and the poet knows that he cannot quite disown it. How does he work out his vexed equation with this Land when he cannot suffer lies gladly? Looking back at the time when his Land was Magadh, the poet notes, “Language takes a long time to come out of images,/the edicts of hollow phrases” in ‘Asoka’.

The poet’s anguish is tempered by some poems that are delightfully airy, like spun dreams. “The/first Sunday/came/as a child,/laughing” (‘Sunday’) and the question “How do you set your little heart going?” elicits an answering question dripping with a wry humour: “With charity evenings, parties for the wounded/or with the sweet weight of memory escaping from the body/like a maharajah going off to war for a good time?” (‘In the First Rain and Death’)

Having absorbed the poems, one ruminates on the remarkably unspoiled quality of Mahapatra’s poetry as well as his poetic persona, despite the numerous awards and honours including the prestigious Allen Tate Poetry Award, Jacob Glatsein Memorial Award and our very own National Akademi of Letters Award, that were justly heaped on his works. Somewhere he knows the trick of keeping his poetry pure and unsullied by all the praise.

It is ‘Ten Years, Past 9/11’, but it is still his Land. When he writes that “Someday the world/ will be worth the poems I write,” we wait for that world and, yes, for more poems.